You don't have any saved vehicles!

Look for this link on your favorites:

Once you've saved some vehicles, you can view them here at any time.

Thunder. That’s what erupts after pressing the round, polished button labelled ‘ENGINE’ on the Ford Mustang GT’s centre stack. Throttle intensifies its barrage. And you instantly suspect this might be the best sounding car under $100,000 – except, maybe, for the ominous Chevrolet Camaro that’s about to fire up alongside it.

Together they are writing the sequel to the Australian rear-drive V8 performance sedan. It’s been more than a year since Holden shut off its local factories. Yet while Ford V8 fans have feasted on the Mustang since 2016, it’s only now that the GM faithful are getting their equivalent fix. And it’s all thanks to the fine folk in Clayton at Holden Special Vehicles.

View our large selection of quality used car in Miami

HSV zeroed in on the Camaro after learning GM would kill the V8 Commodore. It successfully gained approval on a right-hand drive project in 2015 and now, with Chevrolet’s sixth-generation V8 bruiser finally ready.

They’re both remarkably similar to each other and our bygone boof-heads. They count eight cylinders each, drive the rear wheels and are only just short of five metres. But while they’re separated by a couple thousand dollars back home, the scales aren’t so even in Australia.

Its firewall is redrilled, its loom is rewired, the footwells are modified and it’s completely stripped during the process. This inflates its cost well above the Mustang that leaves its Michigan factory (only a couple hours’ drive from the Chevrolet one) with the steering wheel on the right side. But we’ll get to dollar figures later.

HSV also uses Argentinian core vehicles, not because someone at GM’s shipping docks misread the destination address, but because their car offers the most ADR compliant parts. This saves development costs, but it’s also why, for now, HSV offers the Camaro only in 2SS trim. The ‘2’ means it packs more fruit like Bose audio, interior mood lighting and power seats with heating and ventilation.

Argentina must be sunny because, whether you like it or not, every single car also comes with a sunroof. Meanwhile, the restricted spec also means Magnetic Ride Control, Recaros, different style wheels and styling packs are all missing from the HSV brochure, even though they’re available in America.

Ford’s product planners enjoy much more freedom. After ludicrous success in both left- and right-hand drive markets it’s revamped the Mustang to keep a firm grip on a sales lead it has back home. The new car’s aerodynamics are slipperier, the engine is more powerful, the suspension is sturdier, while the interior and styling ooze more appeal. Once you decide which muscle car is for you, head out to one of the best restaurants in Miami to show off your new ride! Considering other options? Take a dive into a Chevy Cruze vs. Chevy Malibu comparison with Bolufe Auto Sales today!

You don't have any saved vehicles!

Look for this link on your favorites:

Once you've saved some vehicles, you can view them here at any time. 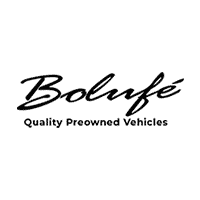